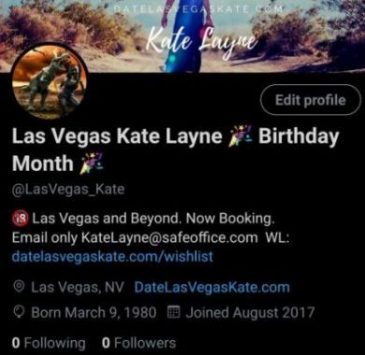 On March 6, 2021, I received a DCMA notice from a video I shared in early December.  The video was a bunch of cars sliding in the snow and ice with the song ‘It’s the most wonderful time of the year’ Unfortunately, I don’t own the rights to that song, and I foolishly thought if somebody posted it elsewhere, it was safe to use.  It’s a Christmas song from 1963, well before I was born. I have always considered that song a carol! I was wrong.  With that notice, my account was immediately suspended. I appealed the suspension on March 6, right after I received it.  I did not get the option to remove the tweet, nothing.  Two weeks later, I still have not heard about the status of my account.

I’ve had two weeks to process it, and  I still don’t know how I feel.  I have mixed emotions. I’m sad that I spent so much time building an account that is probably gone. It is a lot of work to flush down the toilet.  Maybe the universe was telling me there are better ways to spend my time. There is! Another part of me feels relieved.  Like, whew, I don’t have to do that anymore! It sometimes felt that I was under a microscope. It’s still hard for me to comprehend that I received flack from perfect strangers about my sarcastic words or even (gasp) things I didn’t say.

I had a long history with my account. I started my account three and a half years ago in August 2017, and worked on building my little corner of Twitter.  After I spent nearly a year shadowbanned, I adjusted my account’s theme to feel-good content, including memes and videos.  I rarely showed photos of myself. I rarely directly promoted myself, quit using hashtags, and since I wasn’t promoting myself, I quit retweeting others.  Doing these things removed my shadowban.  As far as I know, I never received another after I modified the direction of my timeline.

I went through a period of a few months that someone continuously reported my account.  About once or twice a week, I would get a message when I went to log in to agree to the Twitter rules.  It was clear that someone was reporting me, and it was frustrating.  I had read the rules, so many times I was sure I knew them all.  I know that was someone who simply didn’t like me.

I’ve had the context of my tweets, my words twisted more than once. I’ve been attacked for not jumping on bandwagons; I’ve been called terrible names and given untrue labels.  Because I had a large following, strangers’ expectations were higher than they would be on an account that had fewer followers. It wasn’t all that it was cracked up to be.  I’m not too fond of a lot of personal attention.  I don’t crave it or seek it.  When it was time for yearbook superlatives growing up, I always got the class clown/ funny awards.  I prefer to direct my energy, making others feel good.  I used my account to make people laugh and feel good. I wanted to keep it light, so I stuck to that formula.  It was never to push an agenda.  And while I believe every single tweet is an advertisement for yourself, I never directly advertised myself.

Sometimes I felt obligated to keep the content going, even when I had things more important to do.  Even though I kept it continuous, it was a grind for me, and I often pushed more important stuff to the backburner. I rarely let it stop, and while there have been many people who have been good to me from Twitter, it was also another job, and I already have a few of them.  As it is now, I understand I need to keep contacting Twitter support, and there’s a chance they’ll give me my account back.  Time will tell. They’re not ever going to receive an award for customer service.

As for my handle, @vipkatelayne, this week, I found someone is using that now to promote a shitty porn website now.  In February 2020, I built my WordPress site and left the cuties-tools site I was using.  I had a few Kate domains but mainly used vipkatelayne.com.  My Twitter handle matched for consistency.  Cuties-tools purchased the domain as part of my account with them.  I asked Andre of Cuties-Tools in April 2020 for the domain back, and he said no problem, all I need is your GoDaddy number to initiate a transfer.  I gave him that, and I’ve never heard from Andre again.  A few months back, I checked the domain and found it FOR SALE for $999.  I again contacted Andre, and of course, no reply.  He hadn’t replied to at least ten by now.  Of course, this pissed me off.  I tweeted about it and decided to change my Twitter handle to @LasVegas_Kate to match my current domain name of DateLasVegasKate.com.  Well, some clown on kissvid.com snagged my name, has a page there, and has now taken over that handle.

As it stands now, although there is no guarantee, I’ll continue to try to get my old account back.  I miss the good stuff, the lost Twitter friends, and the content.  It feels sort of like having to change schools when you are 10, but you had no idea you were moving.  Like, nobody has my forwarding address. I’ve had many emotions – emptiness, sadness, and even a little relief.  I mourn all the good time I spent building that account. I’m not sure it’s important to me anymore, But I know one thing is for sure, it’s just not the same after losing 43,500 followers.  If I get it back, I will be doing things differently, and I’ll be sure to share with you my new direction when I figure it out.